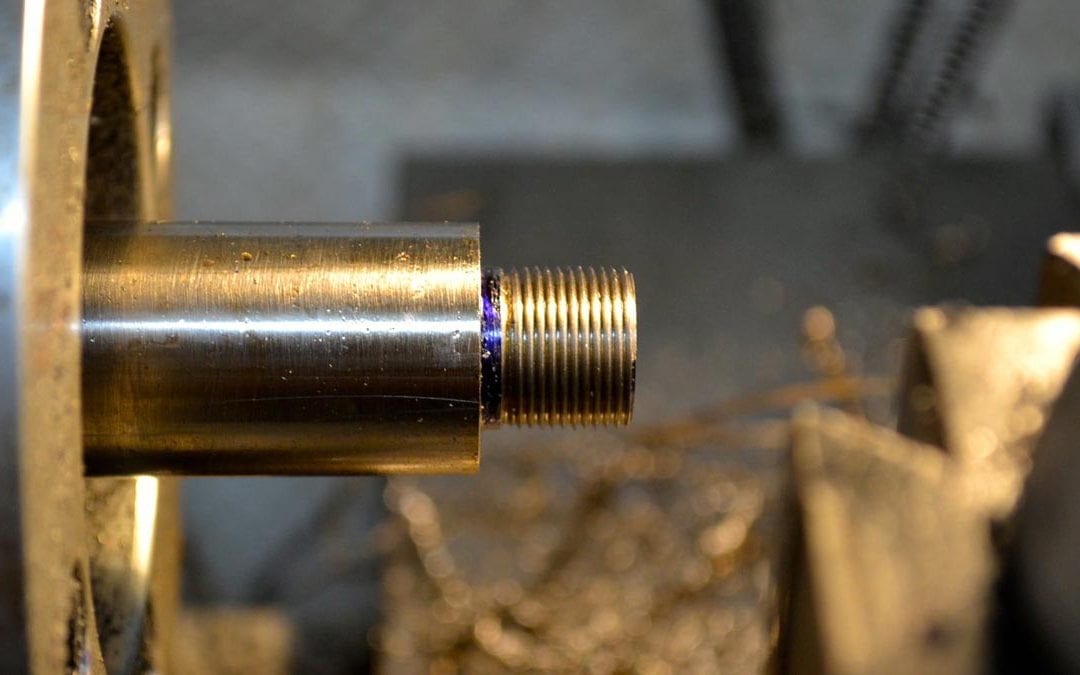 The number of places on a gun that use a screw or a threaded connection equals the ways you can err on screw insertion and assembly mismatch. So if you haven’t refreshed your arithmetic skills recently on threads and thread timing, here’s a little primer. At our shop the lathe is always busy turning a precision thread on something:

Hopefully, you get the picture.

Cylindrical threads can be metric or US Customary (USC) and single or multiple. 99.9% of them on a gun will be single, leaving 0.1% for something I’ve never seen before. None will be tapered pipe threads. Multiple threads are reserved for the necks of pickle jars. They can also be RH or LH, but in this case, the math is the same. There are many TYPES of thread forms, but the pitch calculation will be the same regardless.

If one rotation, 360 degrees, is 1/24th of an inch of linear movement, this represents removing or adding 1/24th (0.0417 in.) from/to the length of the total threaded distance. But what if you only need 40 degrees (using a protractor) more turn to align the sights back up to vertical, after turning the barrel thread?

Of course it matters if the 40 degrees is to the right or left of center vertical on a RH or LH thread. So ask yourself what direction of turn would give the alignment you desire? To get there, do you need to thread deeper into a shoulder on one mating thread, or remove some from the end of the thread? You may end up making the problem 40 degrees worse in the wrong direction. Consider turning or adding to the thread 8/9ths more turn or removing 8/9ths rotation more from the end instead, as applicable, to achieve a perfectly timed fit.

In any case, by removing threaded length from the chamber end of a rifle barrel will not permit your shells to seat by that amount of the shell hanging out and the bolt won’t close. Conversely, adding thread to the barrel shoulder may extend it into the receiver and the bolt still won’t close. Either way it may be time to have it rechambered and reamed. Not a problem with revolvers, where the shell is in the cylinder not the barrel. This trick only works on revolvers with detachable barrels that are not part of the frame.

In metric, it’s different (and far more confusing). They specify the thread size using thread pitch already, not threads per inch or per cm, but the catch is that pitch is given in mm (distance per one full rotation). That is true only up to a size 8 mm thread diameter and higher for JIS as well (Japanese) beyond which there’s a change in standard to fine pitch, and you’ll need a chart to sort it out. There are also ISO, British, and DIN standard tooth forms, but pitch is always given in mm.

An M10x 1.5 metric thread has an outside male thread diameter of just less than 10mm (*not nominal dia.) with a 1.5 mm thread pitch. This means that for every 360 degree turn, the screw moves 1.5 mm linearly. This designation only applies to fine threads. A coarse thread will just say “M10” and you’ll need a chart to find the pitch. Fortunately, there are 360 degrees of rotation in both metric and USC, so that remains the same if what thread length you are removing or adding is in mm. If all you have is a threaded hole and no screw, use a thread gage as the male thread OD is slightly smaller than a female thread OD, and it could be tough to tell.

*For the purpose of discussion, when asking for the nominal thread size, M10 could be referred to as the nominal diameter. Not specifically correct, since the thread OD will be slightly smaller than that. The unthreaded portion of the screw shank above the thread and below the screw head should be the correct 10mm nominal diameter. However, in metric, folks refer to it as the size, not the diameter as they would in US Customary unit thread sizes.

Revolver end gap adjustment requires the barrel to move into the space between the cylinder and the barrel end cone to close the gap back to standard. As the gun wears, the frame may stretch, the end cone may be damaged, and the gap the bullet must jump after leaving the cylinder and entering the barrel becomes excessive. The powder flash and lead spatter passing this gap could actually injure the shooter. However, since the barrel has an top and a bottom side to it, adjustment must be made by the use of one full turn, the length of the thread pitch, then adjusting the gap by trimming the exposed end of the barrel cone to achieve the recommended gap. (By the way, never use shims to adjust timing.)

Another use for timing screws is to add the asthetic finishing touch of positioning the slot in a screw head in a certain position relative to the gun. This can be a useful thing to engravers who employ that slot in the total design of the engraving. Allen head, Philips, and Torx are not usefully timed. 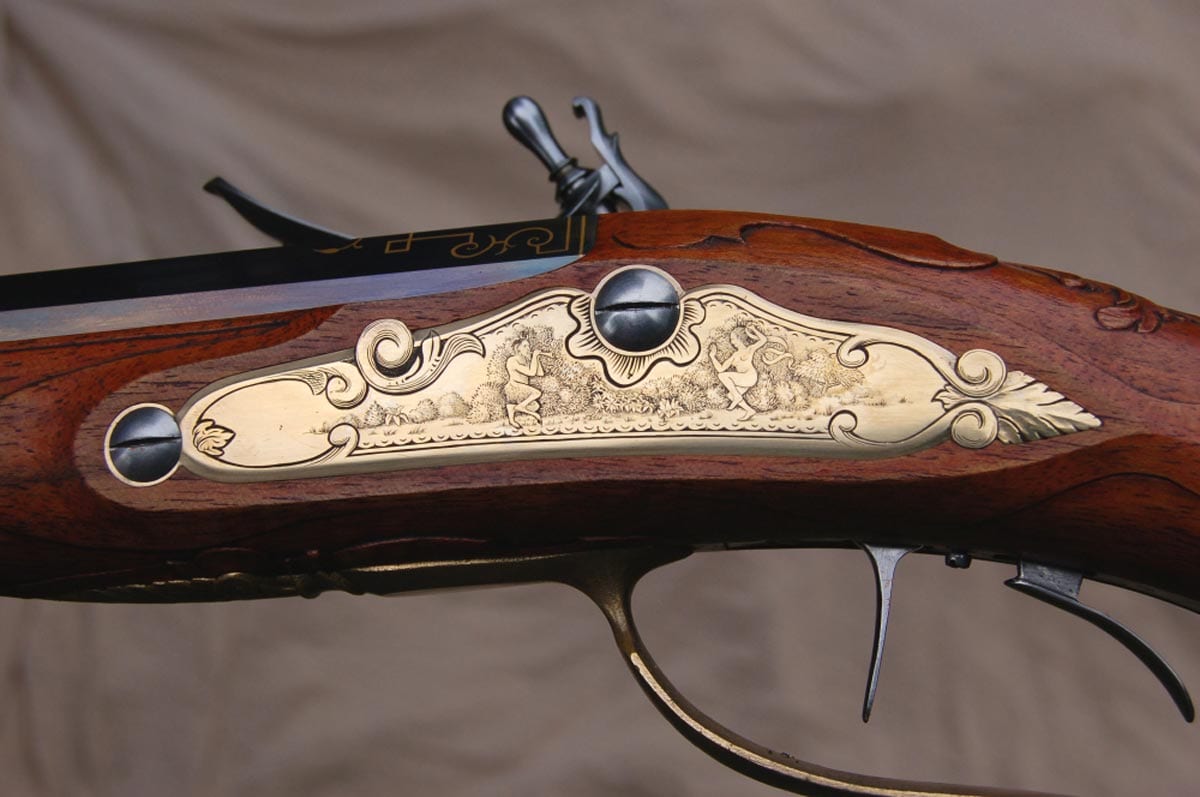 Others choose to adjust the depth of the straight hole for a Weaver or Fillister screw to get it aligned, or timed, as needed. The problem then can be seen with all your screw heads sitting at different heights above or below the surface, which is far uglier than not having your screw slots all parallel.

If you’re still not sure how to do this, take it to a professional gunsmith. You can replace messed up screws, but barrels get pricey.